SOUNDS OF THE TEXAS UNDERGROUND

Band in the hot seat:

They come from the west Texas town of El Paso–a place with a progressing economic status, recognized academic platforms and plenty of Texas-wide open space to raise a family. What’s more interesting, El Paso is also a crossroads to a very unique junction–two life changing destinations which stem from this lonely Texas town where one could both learn to become one with the Earth, or all the same, vanish and never be heard from again.

After listening to the 2018 full-length release “Disobey” from heavy southern sludge metal artists Not My Master (NMM), audiences just may wonder as I did, if these destinations had some sort of influence for the ticking time bomb bipolar anger approach for the creation of all six tracks plus one cover.

Could it have been the mountain range to El Paso’s north (The Franklin Mountains) that inspired the slow grooves and serene-to-gradual build clean vocal patterns? After all, when left alone with only your thoughts in the loudness of seclusion at the mercy of the elements and the wild, the creative instincts take over. And perhaps it was Ciudad Juarez, Mexico, just south of El Paso, that inspired the explosive outbursts of anger with matching aggressive guitar riffs that directly reflect the danger and violent history of this territory.

Regardless of where NMM‘s inspiration can be pinpointed, this album is all Texas-style, no bullshit, light a joint and grab a beer, southern ass-whooping metal from beginning to end without skipping a single track.

We begin with drummer Charlie Gonzalez leading us into the opening track “Acadence” with a solid snare and low tom/bass drum rhythm pattern that demands attention, and with enough play will be recognized as the flagship track to let the audience know NMM is on stage. The guitar riff which follows is just as aggressive with getting attention as Chris Kidwell‘s vocal style.

In fact, right off the bat, the audience will notice many similarities between Kidwell and Phil Anselmo’s [Down, Superjoint, Philip H. Anselmo and The Illegals] vocal tone and delivery. The audience will also discover the first of many moments where pure anger and explosive emotion drive the melody. 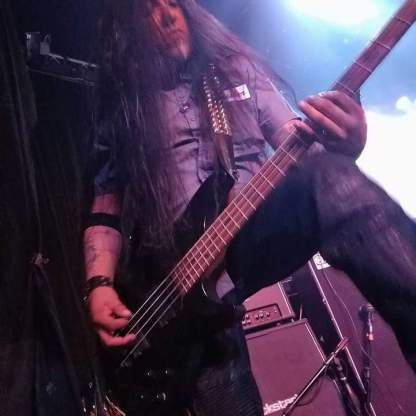 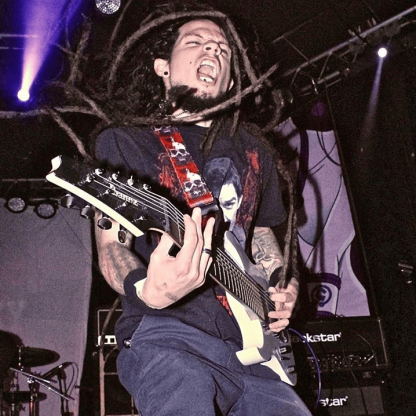 Listeners will also notice the rhythm section’s heavyweight bass line provided by Rudy Barajas adding power and saturation to guitarist Chelo Styles‘ technically simple yet pissed off leads. Styles will definitely keep listeners on their toes shifting back and forth from calm to enraged, further supporting the bipolar anger issues the music seems to base itself upon, as seen below from examples of merch. 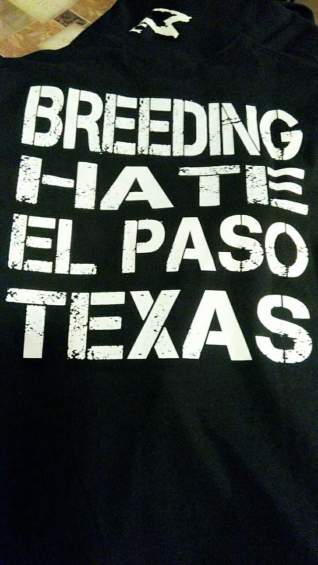 Not My Master shirt design / photo courtesy of Facebook.com/NotMyMasterElPasoTx 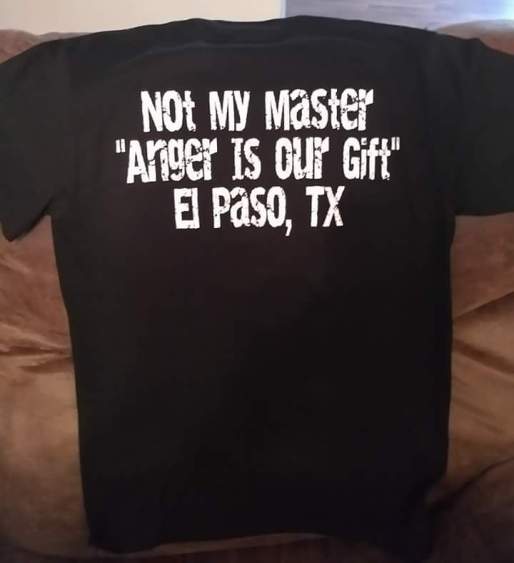 Not My Master shirt design / photo courtesy of Facebook.com/NotMyMasterElPasoTx

If audiences never pick up the album and have only a minute or two attention span for this band, I would recommend this track worthy of their time and still capture the true spirit of the band and album all in one.

The following music video is track three, “Where’s God Now,” which is a statement and not a question. All that needs to be known about this song one will learn once they press play.

We have arrived to the Editor’s pick, “Morning Star,” which is the product of the explosive bipolar temper this band musically executes so well. Styles’ eerie guitar riff, plus Kidwell’s vocal temper reaching its boiling point followed by drummer Gonzalez’s and bassist Barajas’ brick heavy build-up makes for a crushing anger management alternative. The video below is an excerpt from this track but can be heard in its entirety on the album.

**NMM is not responsible for individuals lashing out in road rage if listening behind the wheel or the destruction of living room furniture if at home.

The next heavily distorted track is “Lies,” which is definitely a pit-worthy and doobie lighting song only Texas can create. The bass composition is written with a consistent dark layer of saturation which shares the focus with the abrasive and terribly upset vocal line. Again, another track audiences won’t feel the need to skip or speed through.

The biggest compliment any band can receive is having another band appreciate the music so much they perform a cover. I’ve had the pleasure of witnessing Danzig live on several of his best album tours throughout his career. So after listening to NMM’s cover of “How The Gods Kill,” I would pleased to hear NMM with special guest on guitar, Matt Xero from Murder FM, bring their signature raunchy style to this song giving this classic an even better twist Danzig would not be offended by.

Finally, we’ve made it through to the last track and hopefully in one piece. NMM finishes strong with “Consume,” probably the heaviest song on the album written with a very catchy groove that has a Down / Crowbar feel to it. This song will absolutely get a reaction from the audience as they muster the last of their energy and summon all the anger, the rage built up from their everyday grind, all their frustrations with life and all their hate from within to be released in the most cleansing form of anger management moshing NMM cleverly created.

“Disobey” should be in every metalhead’s collection, especially to scare the vehicles next to you when stopped at a light or intersection. When anyone has all types of emotions tangled up from their work week and are looking to get rid of this burden, unless that person practices Buddhism for enlightenment, I recommend giving NMM’s debut album “Disobey” a try for better results.