‘OVERTHROWN’ AND ON POINT

Leading Ft. Worth metalcore into the future

What began in 2015 among four Ft. Worth musicians, with like-minded musical goals and friend/bandmate business principles, is now a dominating metalcore force and gaining ferocity even outside their northern jurisdiction.

With only one full length release under their belt and an explosive stage showmanship, RoM recently discovered this is not what makes this band so unique–but it helped.

It wasn’t because they jump, kick and spin around with their guitars, feeding off each other’s energy making it even more of a visual adrenaline rush. It’s not because each track packs an aggressive slam frenzy quality, yet gives the audience a catchy melody to grasp on to with prog ingenuity.

What makes these musicians reset the bar for metalcore and helps carry this art form into the future is their sense of humbleness for the opportunity to play, their uncompromising song writing process for quality and detail, and their desire to connect with their listeners on a much deeper level.

RoM recently had the opportunity to speak with The Leader·The Legend to understand the schematics of this four piece powerhouse and what could lie ahead for these prominent metal artists.

The Dallas/Ft. Worth region has always been a massive-scale producer of metal musicians. Together, these two factions arguably house some of the most brutal and creatively diverse in the Texas scene.

Audiences shouldn’t experience too much difficulty finding an artist that caters to their particular poison on either end of I-30. After examining both sides for their current spread of artists with recognition to all subgenres in this circuit, the scales were back and forth.

According to worldpopulationreview.com, Dallas is the third largest city in Texas with a population sitting at 1.3 million, as compared to their fifth place west side counterpart with just under 800k and a slightly lower artist count.

This brings to question if this region has ever shown signs of a territorial divide between the artists or audiences loyal to their side of the great metro area.

Speaking as a frequent visiting band to the opposing circuit, bassist Blake Gabbert weighed in on this inquiry.

“We would like to think there is no territory conflict between Ft. Worth and Dallas,” Gabbert said. “Both are always so great to us. Each show, whether we’re playing here or there, always feels like a home show with high energy.”

So far, TLTL on the road outside their comfort zone haven’t sold audiences short on the quality level their reputation precedes. The size and ranking of a venue didn’t seem to bear any significance either, only the opportunity to play for yet another audience.

With a true sense of humility and respect for the scene, vocalist Vince Davila shared his perspective on modest brave new circuits.

“We played a free show in Austin at The Dirty Dog during a small Texas run and the turnout was incredible!,” Davila said. “Every band that was on the bill that night spent the day promoting the show in the downtown area up until the show started and it really paid off. We also played in Lubbock at a place called Jake’s which also took us by surprise how hard they threw down! We hope to play there again soon. As we branch out to performing all over in the near future, we hope to see crowds that feed off our energy as these have.”

[Below is a brief history of highlighted career performances thus far] 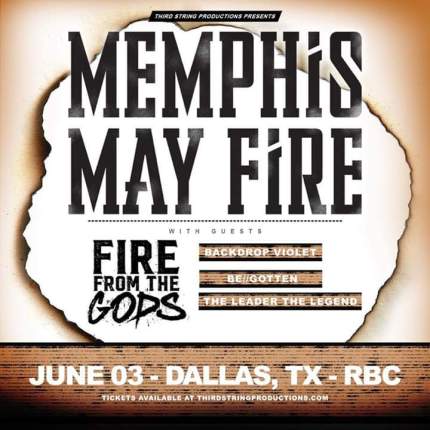 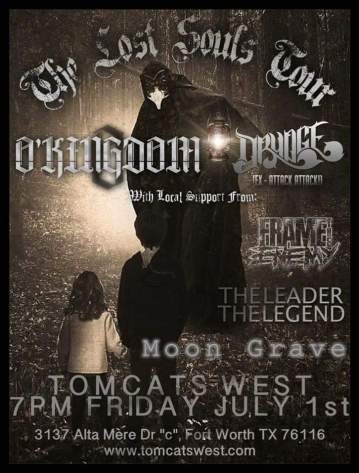 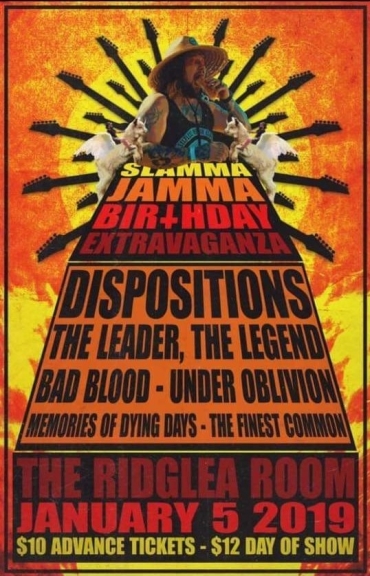 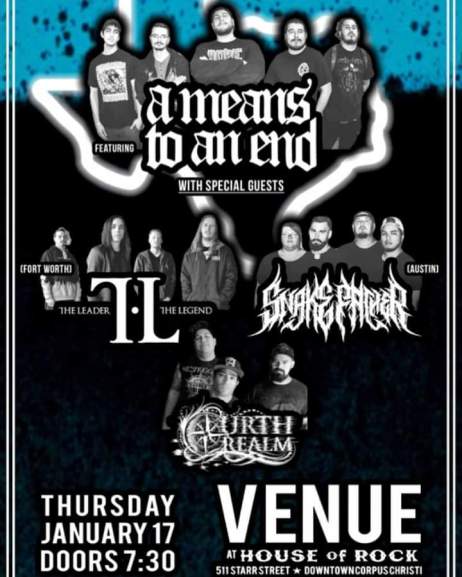 Many artists in the underground can relate to a common practice in the songwriting process: constructing then finalizing in a studio under a producer’s supervision and creative sway. This takes both time and money and oftentimes, the end result wasn’t the complete intention from the band.

“I had grown tired of paying for studio time, feeling like the end product was always rushed and never sounded like I knew it could,” Simmons said. “I invested in a small bedroom studio, asked my best friend Blake Gabbert [bassist] to join the band and together wrote the music/lyrics for ‘Overthrown’.”

The debut album “Overthrown” consists of 13 tracks of high velocity, aggressive metalcore compositions with one interlude track separating sides A & B. Taking extra time piecing these songs together, without the pressure of excessive studio consumption, gave this project an incredible edge that may not have been accomplished otherwise.

This includes one particular track drummer Robert Johnson feels was a hit out of the park for the audience, as well as himself.

“‘Rise’ is my personal favorite to play live,” Johnson said. “That song in particular seems to connect with our audience each time we play it. They get rowdy on the breakdowns and sing it back to us on the slower parts…it’s a great feeling seeing everyone get so into it right at the opening riff of the song.”

“We have some big plans for 2019,” Johnson said. “We are currently putting the final touches on our new album. All of the songs will be mixed and mastered by the one and only, Joey Sturgis (Asking Alexandria, Of Mice & Men, We Came As Romans, Blessthefall and The Devil Wears Prada). So be on the lookout for some new releases later this year.”

The only other thing these Ft. Worth visionaries could share about the upcoming material is how they want to communicate to their audience, and this was the most intriguing portion of the interview.

We can all agree writing can be very personal, and just as much really off-the-wall abstract. This time around, TLTL chose to communicate to their audience at a much deeper level by speaking on certain issues so many of us are going through and have been needing an outlet for.

“We want to bring awareness of the issues in the world and within ourselves as humans,” vocalist Vince Davila said. “Some of the topics we write about people don’t just put out there, whether it’s political or personal. We think the new music that has yet to be released will shine a brighter light on those topics, [which are] uncomfortable but very real.”

When these four musicians were first in their bedroom studio, scheduling practices and comparing notes on riffs, I wonder if they ever thought they would be in the position they are in today. A metal act that is guaranteed to entertain and to leave the audience screaming for more.

This group of four have something unique in their hands and it set the bar that much higher for the future of metalcore. The type of explosive attitude they contribute to this artform can’t be faked. It’s an electric current racing through each member, their instruments, and directly out of the speakers.

And if you haven’t had the opportunity to experience it for yourself, worry not, this is a name you will be seeing more of.

“Everytime we hit the stage we don’t just stand and play our instruments,” vocalist Davila said. “We try our hardest to put on a good show…if it’s one person or a festival with thousands we give it our all, and almost every time, we see the exact same from our audience.”